You’ve heard it or seen it before, but now you’re asking “just what is microbit?” Put simply, microbit is a pocket-sized computer used for learning.

It’s actually known as the BBC micro:bit since BBC designed the device to encourage young people to tinker with technology and software. But we’ll just use microbit in this article.

Microbit is geared towards learners. Though, you don’t have to be a young person to get started with it.Teachers and parents have been sharing their work and their students’ ever since its release in 2016.

Here at Pakronics, we love the microbit as it is jam-packed with features suited for newcomers to coding and technology. The customisation of the device ensures its longevity. It’s not just a fad buy. It keeps giving.

How does a Microbit work?

The microbit comprises hardware and software. The hardware is the device itself that has a bunch of features, which we’ll look at below.

To get the most out of the microbit features, you need to tell them what to do. This is the software component. Software is just writing some code to create programs.

Imagine just having Alexa, Google Home or Apple HomePod just sitting in your house. On its own, it’s a good paperweight. But when you tell it what to do, it comes to life.

The same is true for microbit, but with microbit you use code to tell it what to do instead of your voice.

Let’s briefly check out the features of microbit.

What Are Microbits Used For? 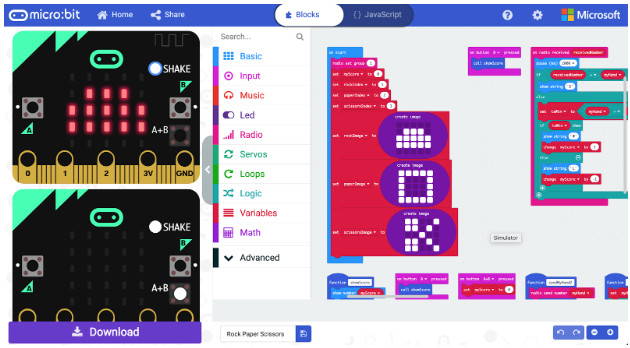 As you can see, the microbit has many sensors. These sensors and buttons can be repurposed and used in many different ways.

In order to read these sensors and tell our microbits what to do, we need to code them. For entry-level programmers and newbies, that means heading over to the Microsoft Makecode editor.

The Microsoft Makecode editor has a friendly drag-and-drop coding interface (see above). This means that making a program is kind of like creating your own puzzle with its puzzle pieces known as blocks.

For people who are already familiar with Python or Javascript, then you can use those text-based programming languages, too.

What can I do with my BBC Microbit? 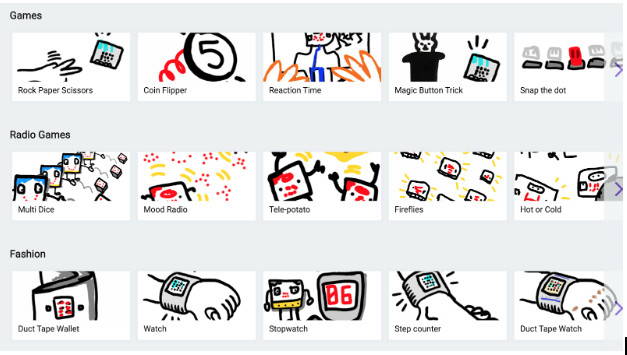 Here’s where you insert the cliché that one is only limited by their imagination. The real power behind microbit is that it provides a bridge between the digital and physical world.

It enables learners to think about their interactions with the real-world and measure these interactions. Going a step further would be creating a solution to a problem that they have measured.

Starting with what learners are already interested in is best. You’ll use the sensors to fit this context, but over time you’ll begin to spot patterns in other contexts, too.

Here are some examples of how a microbit can be used in different real-world contexts:

Once you’ve been using the microbit for a while, using the same features may become stale. To keep the buzz going, you can opt to accessorise your microbit, which aims to expand upon its default functionality.

Head on over to our microbit accessories section to find out how you can extend your microbit.

Now For The Educators In The House: Microbit Classroom For Teachers

As an educator, you can manage student work using microbit classroom. This online tool allows you to setup an online classroom for you and your learners.

Once setup, you can share code that you’ve created with your students to kick off a project. Students use this code as a starting point, while you can observe what they code in a live view.

Then you can download a classroom file to have a record of the lesson. Additionally, if the lesson needs more time, the file can be resumed at a later date with all the existing work.

How To Get a BBC Microbit And How Much Is a Microbit?

Whether you’re a teacher or an awesome parent or carer, getting a microbit for your situation is easy. Head on over to view our product range to see what best fits your need.

You can find a single microbit for around AUD $30.

Grab Your Resources and Going Further With Style

So just what is microbit? By now, you will know that it’s a little computer that packs a punch. It’s used to connect the digital world with the real world.

Be sure to check out some of the resources listed throughout this article. For your convenience, we’ve created a simple document that has all this information in one place. Just register your email to download it. Happy coding!

A short sentence describing what someone will receive by subscribing

Enjoy Deals and Educational information direct to your inbox.